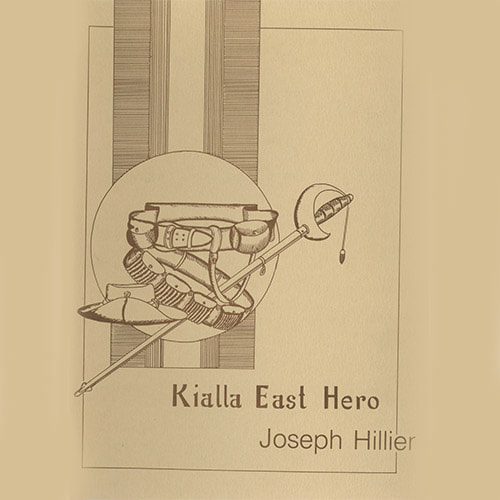 Kialla East Hero, Joseph Hillier is not an attempt to record a history of war, although it tells of battles, less horrific fought and won. It is simply a gathering together of remembrances by people of this generation, of people of an earlier generation telling something of those of almost a century ago who responded to the call of Queen and Empire. It deals more fully with the story of one super brave young Australian who refused to accept frustration and who took every set-back simply as another obstacle to be over-come.